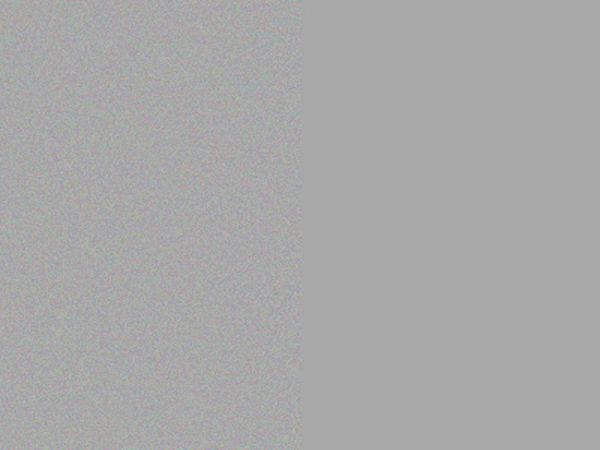 I was born and raised on film.  Back in the day, when talking about ISO (or ASA as it was called) I would explain to you how black and white film had on one side little silver halide crystals (or “grains”) nestled in the emulsion just waiting to be exposed to light.  These grains would come in various sizes, the smaller the grain, the less sensitive to light, the slower the speed, the lower the ISO number like 100.  The larger the grain, the more sensitive to light, the faster the speed, the higher the ISO number like 800.  So you can easily imagine a high ISO speed film having these big sponge like grains (this is my imagination speaking) just waiting to absorb and hold on to lots of light.  Each grain when hit by the light would expand and grow.  When the film was developed, the chemicals would further help grow the grains that were exposed to light while washing away the grains that were unexposed.  What you had left was a “negative” image of your subject.  The highlights would look dark on your film and the shadows would look thin.  If you had lots of clear spots you knew you’d have lots of black in your print.

If you knew you would be shooting in a low lit situation, you would want to choose a high ISO or fast speed film because the higher the number the faster those big grains could absorb or grab whatever available light there was, particularly if you had to hand hold your camera and you didn’t want to hold your shutter open too long so as to avoid camera shake.

{I will be getting to digital I promise.}

So my old photographer professor use to say, “Everything in photography is a trade off.”   Let’s look at the pros and cons of high and low speed film.  High speed film, while heroically able to find and capture lots of light with it’s big fat grains, those proud big fat grains would show up in your print as well.  Now that wasn’t altogether a bad thing especially in black and white photography where in certain situations the “grainy” look was sometimes a great effect, (not so much in color though).  But if you wanted to show the smoothness of a shiny porcelain vase, you would need to have selected a low speed film with very fine grains to have your output in print also have that smooth, detailed look and finish.  You just had to make sure you put that vase in lots of light or stick your camera on a tripod so you could hold your shutter open long enough to grab the light without shaking it.

Now I haven’t a clue as to what actually happens on the digital sensor (that replaced the film emulsion) and part of me still doesn’t what to know.  I just know it can’t be nearly a romantic as imagining molecules grow, but that’s the repressed chemist in me speaking.  (Yes, I’m even fascinated by watching mold grow, so don’t ask me why I haven’t thrown that bit of something or other out of my fridge yet,  it’s just too interesting.)   Anyway… I never really got how the new magic happens on the sensors in the digital camera these days.  Thankfully, for our purposes here, it’s not that essential.  What’s important is to know what ISO numbers mean and how it affects both the exposure and the quality of your images.

The low ISO’s like 100 or 200 still will produce the smoothest finish or look in the print or on screen, but instead of “grain” being the artifact resulting from higher ISO’s, in digital cameras you get “noise.”  Noise shows up as little blotches or color speckles, most noticeable in areas where there should be smooth continuous tone.  See my graphic above at the top of this post.  On the left half of the image I added noise to the smooth continuous tone of grey you see on the right half.  Digital noise holds nothing of the appeal or charm of film grain, so the goal really is to avoid it from the start or reduce the noise later with various noise reduction software out there these days.  It is possible to add in the look of grain with software as well, but I just don’t think it’s the same quality as in film.

What kind of camera you use also affects the noise factor.  Different cameras have different size sensors built into them.  So even though a point and shoot, cropped sensor SLR or full frame SLR might all hold the same amount of megapixels, the smaller sensors will still produce more noise because each pixel needs to be smaller to be able to fit on the smaller sensor, so it can’t hold as much information as the pixels on the larger sensors can.  (In this case, larger individual pixel size holds more information and produces better picture quality unlike its ancestor, the film grain.)  The negative or con to larger pixels on larger sensors are far larger files, so the less images you can fit on a card.  Remember, there is always a trade off!  So when choosing a camera one thing you would need to consider is how big the files you want to work with are versus the noise you can live with, or commit to spending time reducing in post processing.

But lets return to exposure.  Have I lost anyone yet?  So the ISO number gives you the light sensitivity setting.  You want to consider your ISO when making choices about your Shutter Speed and Aperture.  You always want to work with the lowest ISO number possible to get you the cleanest and most detailed image.  So if you are in bright sun, you’ve got lots of light, so keep your ISO low like at 100.  You’ll have plenty of light to be able to choose your desired depth of field with your Aperture setting.  Your Shutter Speed will be very fast, so no worries about camera shake.  However, when the light fades and you need to hand hold your camera, you’ll have to bump up the ISO so that you don’t have to slow down your Shutter Speed and/or open up your Aperture all the way to let in extra light and lose your depth of field if you don’t want to.  By the way, don’t make the mistake of leaving a high ISO setting from the night before and go out in the sun the next day taking pictures.  You’ll have a mess, and some shutter speeds may not even go that high to compensate for all the extra light.

So for homework, check and see what ISO settings come with your camera and take shots of an image (containing some detail and some smooth continuous tone), in various ISO settings.  Determine for yourself what is the acceptable noise level for you.

One fun tool I didn’t have last week but was brought to my attention thanks to a comment by a reader, is this really fun virtual online camera that lets you practice your exposure skills by changing Shutter Speeds and Aperture settings, then taking virtual pictures to see how you do.  So for those without a camera or if you just want to practice while at your computer, this is just the neatest little thing!  Make sure to read the explanation to see how to get the most out of the tool.  Click HERE to go to that site.  Happy snapping!

« Inaugural GiveawayAnd The Winner Is… »